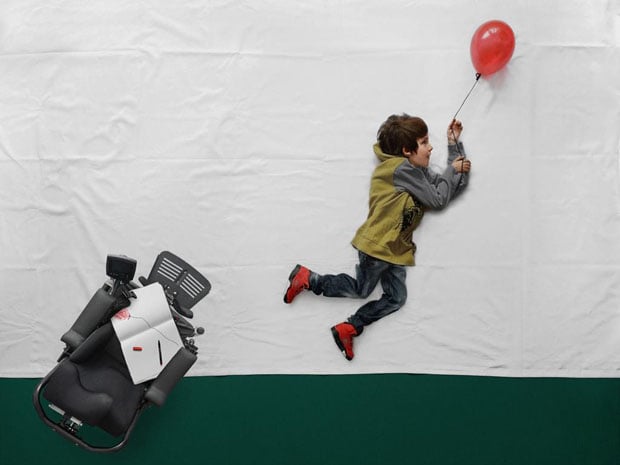 Slovenia photographer Matej Peljhan has a touching series of photographs titled The Little Prince, which stars a 12-year-old boy named Luka. The images show the boy exploring an imaginary world created by laying colored sheets and household objects on the ground. Peljhan created the images to give Luka the feeling of being able to do things he can’t.

You see, Luka suffers from muscular dystrophy, a disease that causes his body to become weaker and weaker over time.

Due to the degenerative disease, Luka is unable to do even the most basic of everyday activities such as washing himself, dressing, and eating. His physical capability is mostly limited to tiny movements of his fingers, which allow him to move about in his electric wheelchair. He is also able to hold a colored pen, with which he can slowly turn his imagination into drawings in a notebook. During a conversation he had with Luka, Peljhan learned that the boy wished to see himself in photographs walking, exploring, and getting into mischief. Rather than use some type of digital trickery to make this dream a reality, Peljhan decided to simply use a different perspective.

He decided to shoot photographs from above in a style that’s reminiscent of photographer Jan von Holleben’s work. Peljhan photographed Luka from above as he posed on the ground, capturing the boy’s fighting spirit, positive attitude, and fun personality. 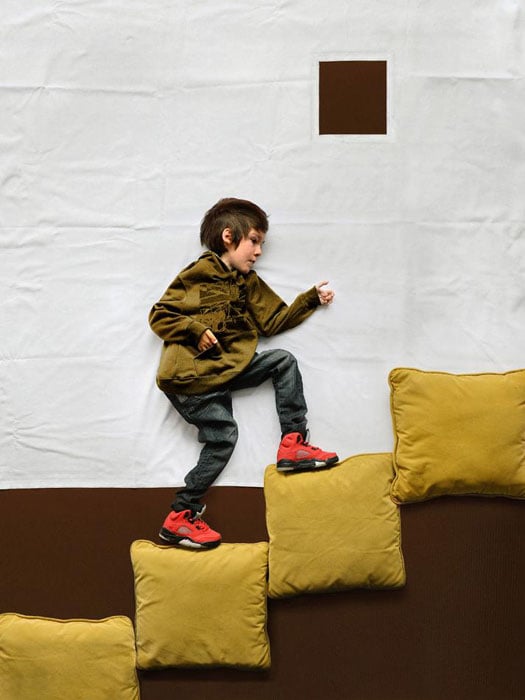 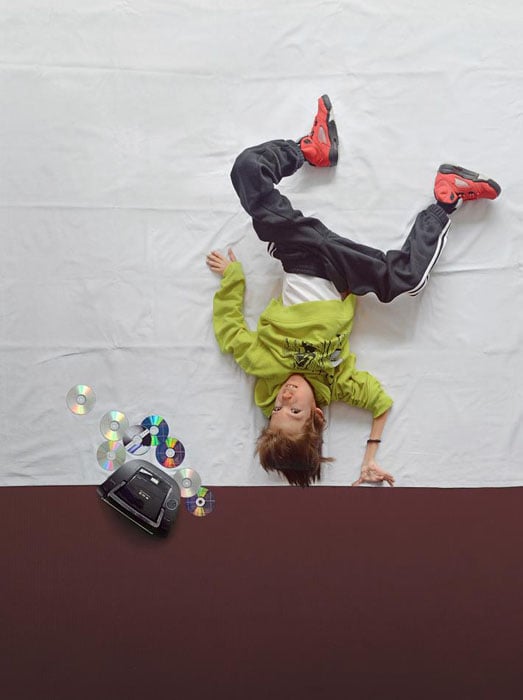 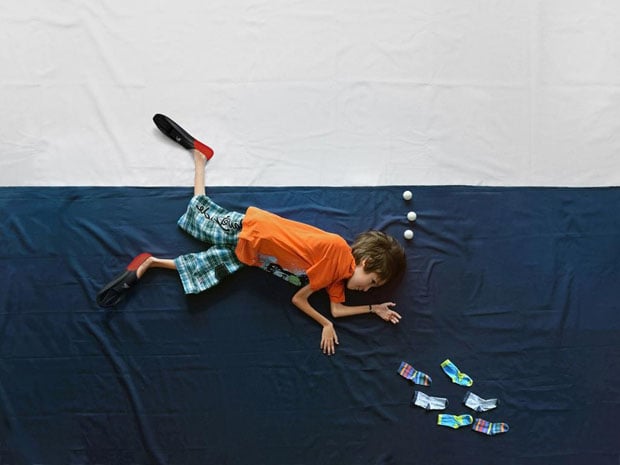 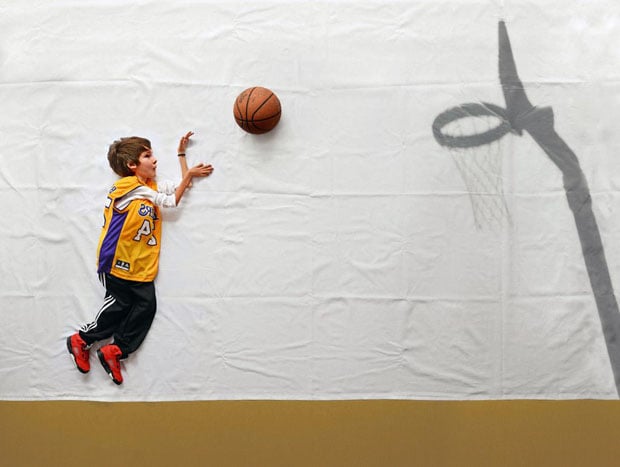 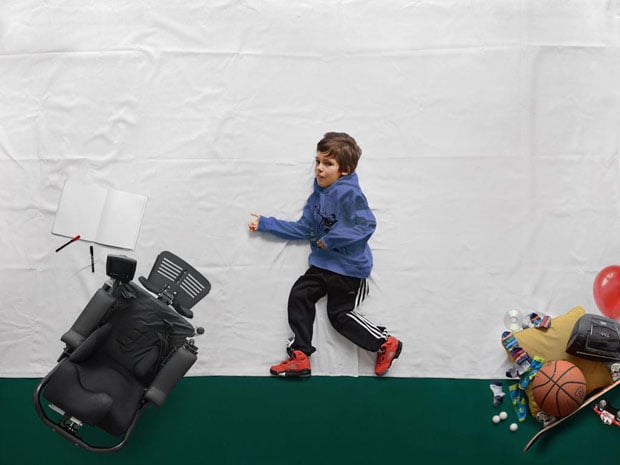 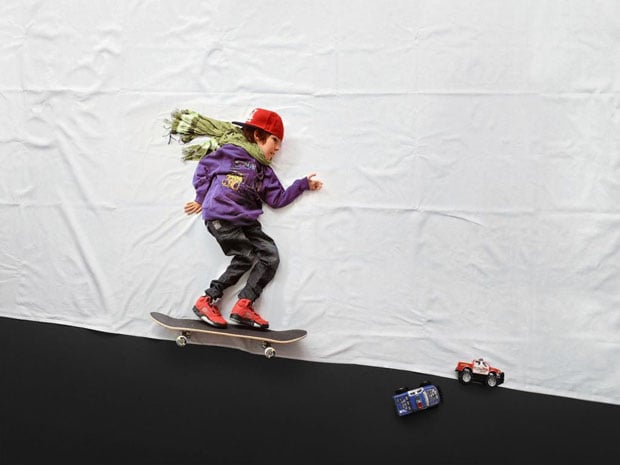 You can find larger versions of these photographs in this online gallery.

Thanks for sending in the tip, Ales!

Image credits: Photographs by Matej Peljhan and used with permission

Publishers Need Better Photography to Stay Relevant on the Web