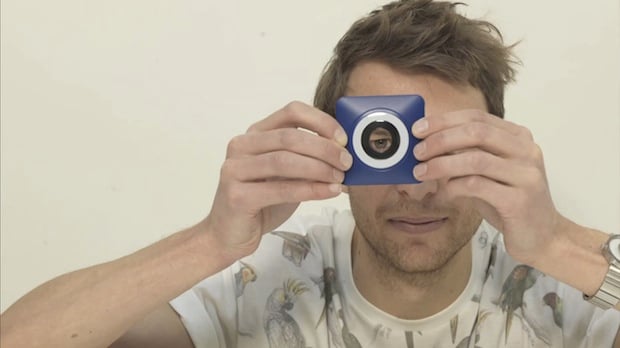 When BBC Future approached design company Conran with a challenge to “redesign any object,” Senior Product Designer Jared Mankelow chose the camera. He believes that the form factor of our cameras hasn’t kept pace with their function, and so his square creation harkens back to the film cameras of old, while simultaneously catapulting the camera into the future.

The most striking thing about Mankelow’s concept is what’s missing — that being, most everything. There is no screen, no lens, no circular mode switch or digital controls. Even the center of the camera where most of the business end would normally be is replaced by a large hole that acts as your viewfinder.

In some ways, it’s similar to the comical donut cam we shared with you some time ago, but where the donut cam was a novelty, Mankelow sees his re-invention as a perfect mix between the future and the past. Here he is explaining his creation to the folks at the BBC:

The focus of the new concept is, basically, to get it out of your way. The camera as we know it has you placing a large light-proof box in front of your face. Mankelow would like it if that wasn’t the case.

Being a concept, the technical side isn’t described in detail, but it seems that a production model would have a large number of small sensors arranged in a circular array around the large hole/aperture, with a ring flash encircling them. 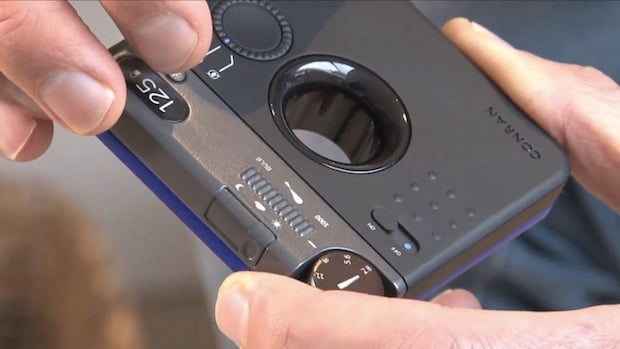 All of your controls (e.g. aperture, ISO, shutter speed, etc.) come in the form of physical buttons and switches on the back. And the camera’s output can be sent immediately via Bluetooth to whatever smartphone or tablet device you happen to have at hand.

The concept is, for now, just that, so don’t expect to be seeing Conran’s design on store shelves any time soon. But, as we’ve seen in the past, enough interest from consumers definitely has the potential to take a crazy idea from concept to reality.

Head over to BBC Future for more pics and details.