Fujifilm has announced two new consumer-level cameras that go extreme in different ways. The first is the new FinePix XP200, a new rugged cameras for outdoor environments. The second is the FinePix S8400W, a bridge camera that packs a massive zoom for photographers who are always shooting faraway subjects. 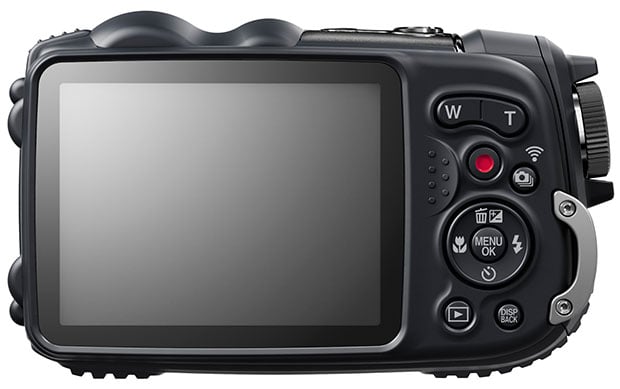 In terms of ruggedness and durability, the XP200 is waterproof down to 50ft/15m, shockproof up to 6.6ft/2m, dustproof, and freezeproof down to 14°F/-10ºC. It features a new battery door lock that has double seals, ensuring that you won’t accidentally bump the door open while you’re underwater or in an extreme environment.

There’s also a Motion Panorama 360 feature, which lets you shoot a 360º panoramic photo by pressing the shutter and then spinning around in the a circle (many smartphone apps let you do this). A second novelty feature is Individual Shutter 3D, which lets you snap 3D photos by combining two shots snapped at slightly different angles. Fujifilm’s second newly announced camera, the S8400W, is an all-in-one bridge camera for people who need long reach. It’s basically a compact camera with a DSLR shape and an extremely long lens. The camera is powered by four AA alkaline batteries, which allows it to shoot roughly 300 photographs.

Two strengths of the camera are zoom and speed. The camera features a powerful 44x optical zoom lens with a variable aperture of f/2.9 to f/6.5. Even though you might not get good shots in dimly lit environments, soccer moms would likely be happy to trade low-light performance for increased zoom range. On the near end of things, the lens can go into Super Macro mode and focus on subjects from as lose as 0.39 inches. In terms of speed, the S8400W has an autofocus speed of up to 0.3 seconds, a startup time of 1 second, and a shooting interval time of 0.5 seconds.