Skin care company Dove is speaking out on the issue of “fake beauty” being promoted in photographs through Photoshopping. Rather than address the issue directly at first, the company decided to speak out directly to those responsible for “fake” images by doing some clever guerrilla marketing. It essentially pranked retouchers through the Web by releasing a fake Photoshop beauty Action that undoes manipulation rather than creates it.

After years of celebrating Real Beauty and helping women find happiness in how they look, Dove decided to try something different. For the first time, we spoke directly to those responsible for manipulating our perception of beauty – art directors, graphic designers and photo retouchers – in a place only they could be reached.

The “Anti-Photoshop” action purports to be one that adds a glow to skin in portrait photos. Dove made the action available online through various channels, including Reddit: 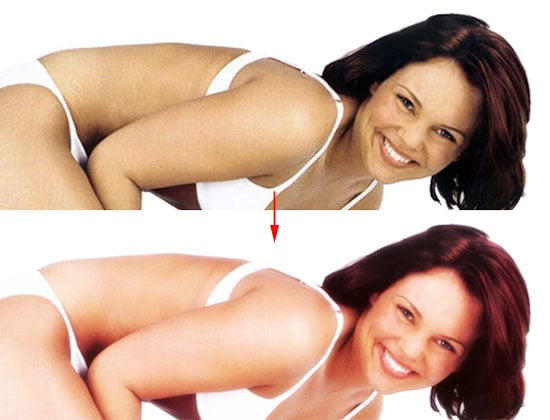 Once a retoucher downloads the Photoshop Action, loads it into their software, and applies it to a photo they’re working on, the photograph is reverted back to its original, untouched state. A banner is also overlaid on the image, with the message, “Don’t manipulate our perceptions of real beauty.” 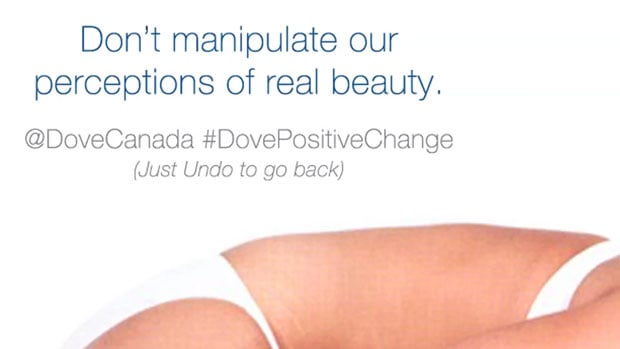 The action is actually still available for download over on MediaFire. The Verge tested it out, and writes that they “found that it was fairly ineffective. Despite the video above showing the step-by-step reversal, the action fails to revert any changes when dealing with a multiple-layer image.”

It is unknown how many retouchers actually fell for Dove’s prank. We’re guessing very few, as the Reddit thread has a total of 1 upvote at the time of this writing.