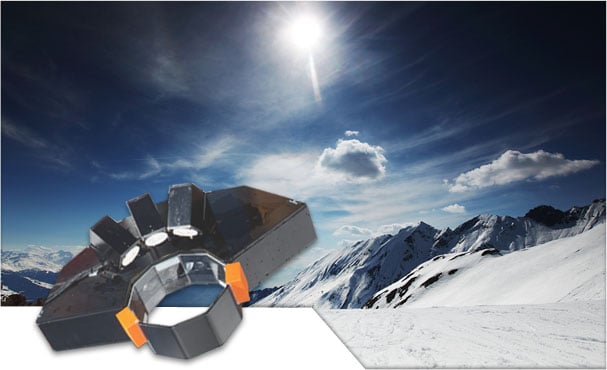 Scientists at the University of Utah are using what’s called the Multi Angle Snowflake Camera (MASC) to shoot stereoscopic photographs of snowflakes as they fall to Earth.

The camera is triggered by infrared motion sensors, and captures snowflakes simultaneously from three different angles while at the same time measuring their speed. Exposure times are as fast as 1/25000 of a second in order to properly freeze the flakes in flight.

It can capture snowflakes as small as 100 micrometers to flakes as large as 3cm, or about 1.2 inches. The size range and resolution of the snowflakes and photos can also be customized. 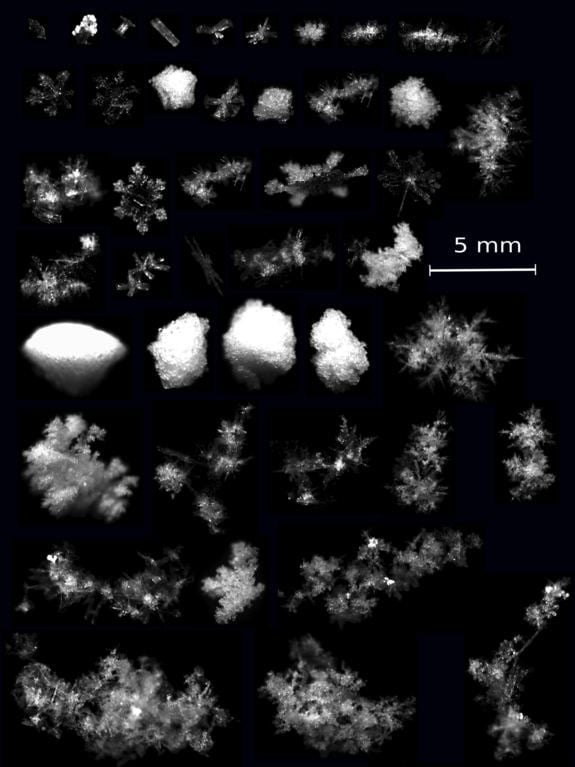 If the photographs above don’t look like the beautiful snowflakes you’ve seen in the past, it’s because most snowflakes falling to Earth are actually clumps of multiple snowflakes stuck together.

Applications for the camera include forecasting weather, avalanche prediction, weather sensing, and 3D modeling of various scientific calculations. The camera can photograph tens of thousands of snowflakes over the course of a single night, which is far more efficient than what scientists could previously do with their manual tools and techniques.

The scientists have created a spin-off company called Fallgatter Technologies in order to commercialize the MASC camera. After just a few months of business, they’ve already found one notable customer: the US Army. Apparently the military will be using the camera for improved avalanche prediction.

You can contact the company if you’re interested in owning one of the devices for yourself. Want to see more sample photographs captured using the MASC? Check out the photo gallery over on the project’s webpage.

P.S. Last September we reported that the Canadian government had plans to conduct similar research.