Motion image photography is a new name for an old concept: pulling stills from video. In fact, famed headshot photographer Peter Hurley took a stab at it last year, pinning the 5K Red Epic against his Hasselblad to see if he could recreate his work in video. The issue there, even ignoring price, was that the sheer size of the Red Epic makes it far too bulky for anything but studio work.

Well, in this short documentary/experiment, photographer Abraham Joffe and a few of his esteemed photographic friends set out to see if technology had finally shrunken down and advanced to the point where the terms photographer and videographer could essentially become one and the same. Their tool of choice was Canon’s new 1D C, and their results were phenomenal. (Warning: the video contains a tiny bit of nudity). 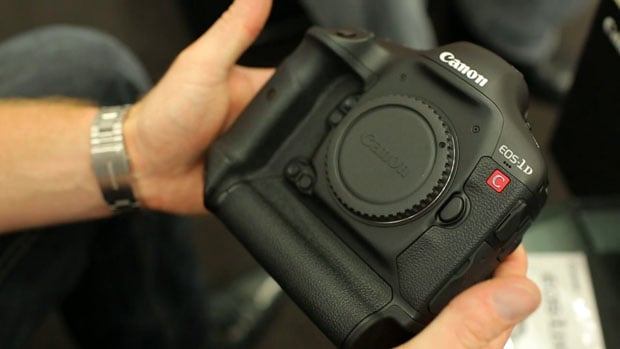 In just 12 minutes and 45 seconds, the film manages to discuss most every pro and con involved in shooting motion image photography. From the ability to seek out the perfect microexpression — that exact moment when a smile is at its most honest and real — to the storage space burden of shooting video at a whopping 1GB per 15 seconds.

The real question they wanted to answer was whether 4K video and the Canon 1D C could really produce similar still image results to, say, the 5D, when put in the hands of professional photogs in standard photography situations. They shot a wedding, a fashion shoot and a day at the zoo, and all in all it seems that the answer, once the prints were in hand and scrutinized, was an overwhelming “yes”. The documentary goes into far more facets of motion image photography than we can include in writing form here. We could put together an entire article exploring just the ramifications on photographic integrity and whether this would be considered “cheating.” But the most interesting question posed by the film (in this humble writer’s opinion) is whether this will be the next major jump in photographic technology. The shift from film to digital radically changed the face of picture taking as we knew it, is motion image photography the next logical step?