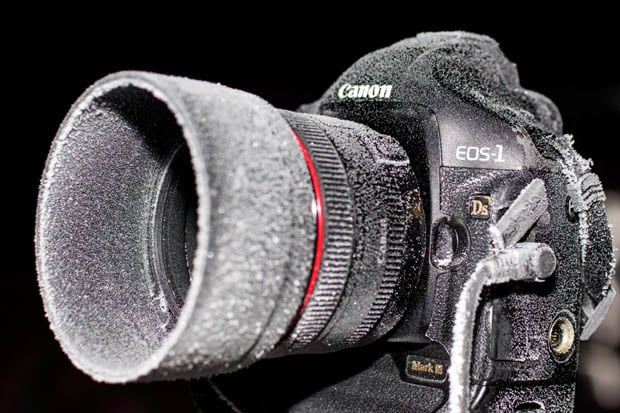 Newer weatherproof compact and high-end cameras often feature “freeze-proofing” as one of their attributes, but unless you live in an extremely cold environment (or enjoy sticking your camera inside a freezer), you probably haven’t experienced temperatures low enough for even an ordinary camera to break down.

Swiss photographer Alessandro Della Bella has. The photographer above shows what one of his cameras recently looked like during a shoot in extremely low temperatures.


Back on 12/12/12, Alessandro participated in the One Day on Earth project, which aims to document life around the globe on a single day. He chose to create a time-lapse video of the night sky during two nights on the Swiss mountains Piz Corvatsch and Piz Nair. The temperature during those nights? -25°C and -15°C, respectively (-13°F and 5°F).

Here’s an example of a scene he was shooting: 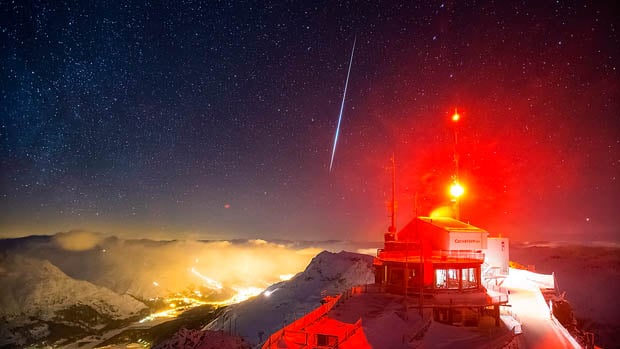 Alessandro shot more than 10,000 photographs over those 48 hours showing the stars above and the valley below, snapping frames with 5 Canon DSLRs at the same time.

Although the DSLRs survived the project unscathed — they actually performed quite nicely — the extremely cold temperatures did present their fair share of problems for Alessandro.

First, he had to bring a number of extra lenses along on the shoot. Every time a lens froze up, he swapped it out and defrosted it in front of an oven until it became normal again.

Alessandro says that the weak link in the gear was actually the batteries. At those temperatures, each battery drained in just an hour or two of shooting, so they had to be constantly swapped out and recharged. 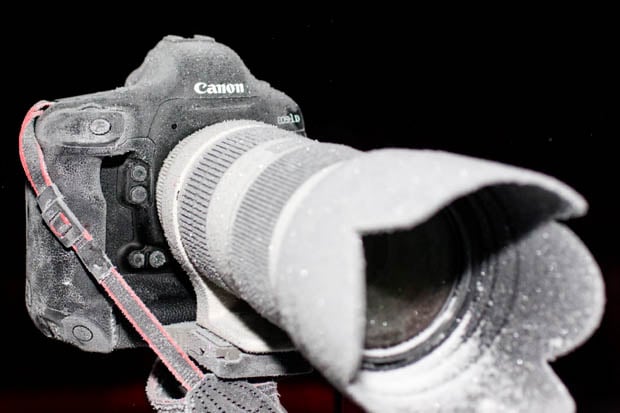 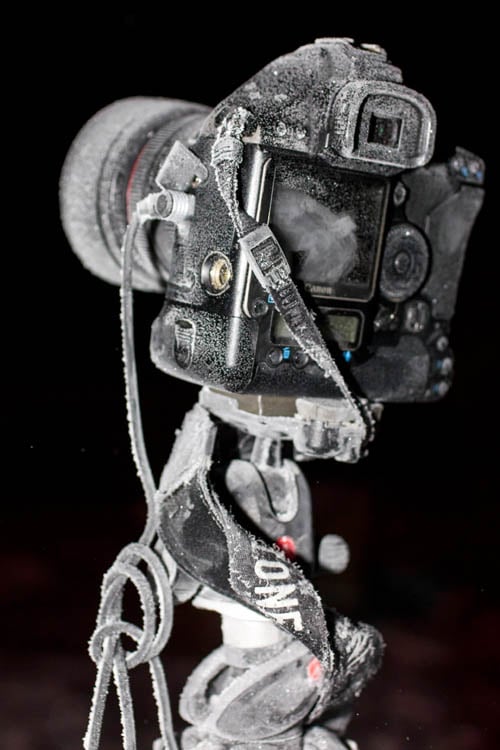 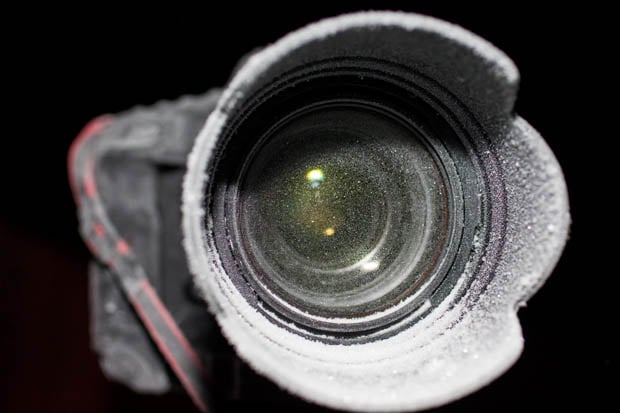 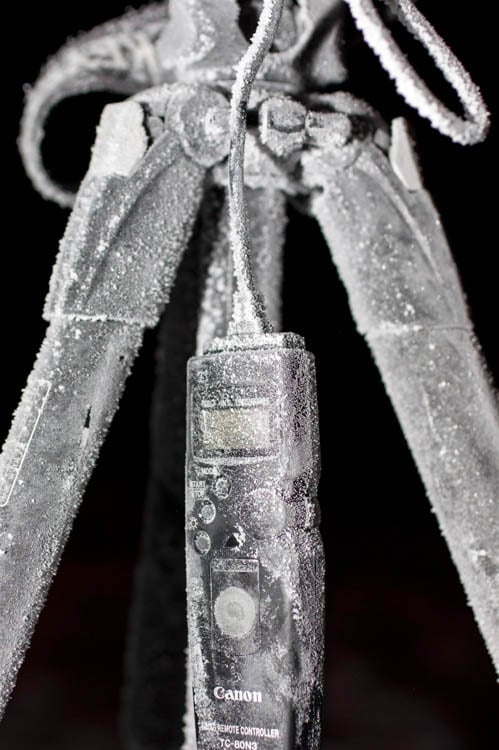 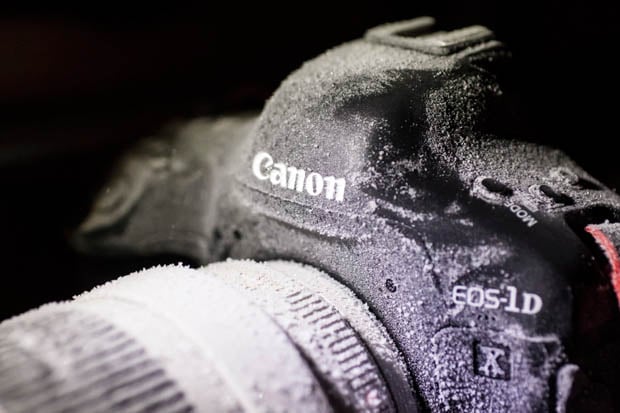 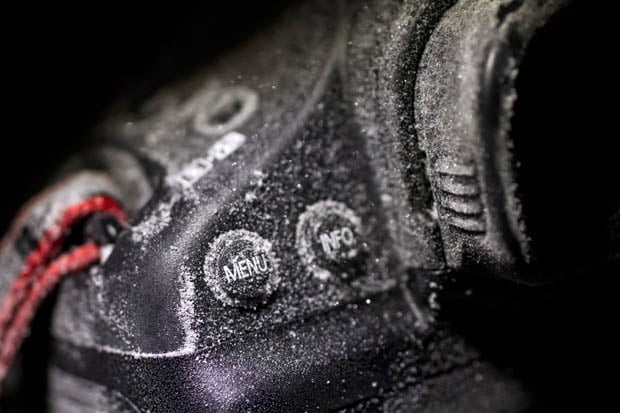 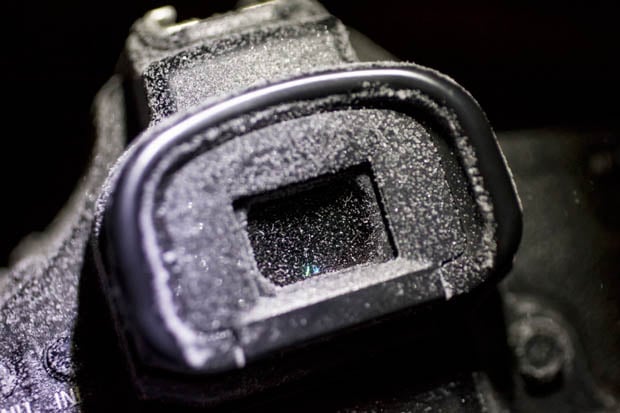 Here’s the beautiful time-lapse video that resulted from his efforts:

So there you have it — an interesting look at what camera companies mean when they say a camera is “freeze-proof.”

Image credits: Photographs and video by Alessandro Della Bella and used with permission