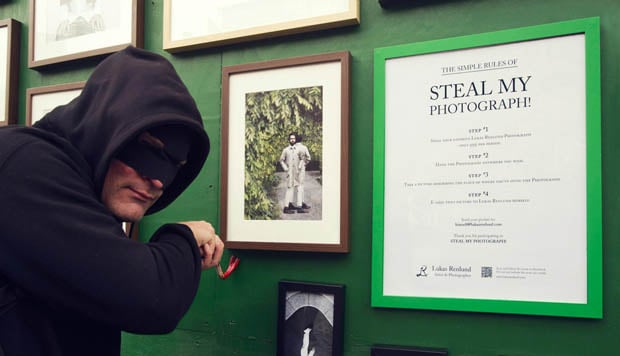 Copenhagen, Denmark-based photographer Lukas Renlund recently came up with a neat way of drumming up some excitement over his photographs. He held a public photo exhibition called “Steal My Photograph!” that turned out to be possibly the world’s shortest show. After hanging up 40 framed photographs on a wall outdoors, Renlund invited passersby to take any single photograph they desired, with one condition: they had to hang it up, photograph it, and then email the photo and description to Renlund. Here’s what the printed instructions looked like (it was placed on the wall next to the photos): The show was a hit. Every photograph was ripped off the wall within 30 seconds of the show’s “opening”: 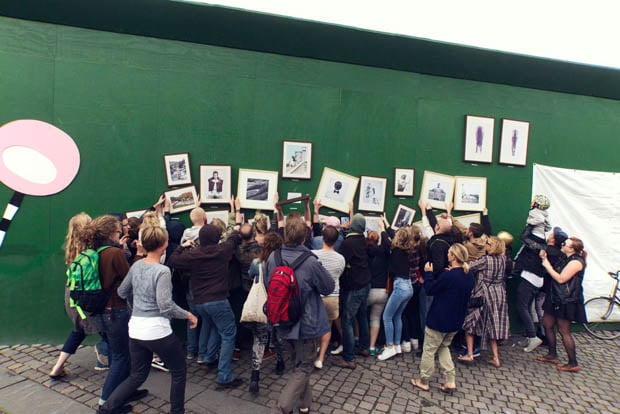 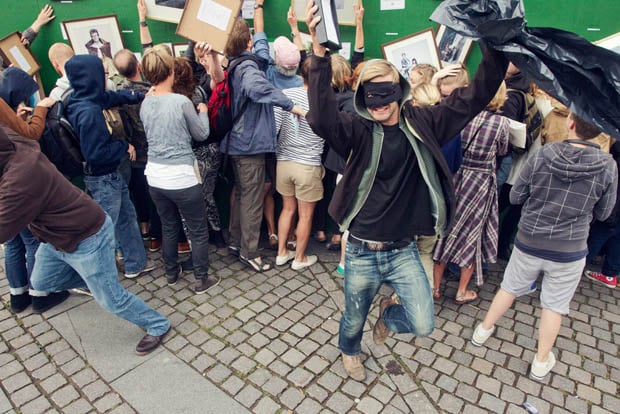 Even babies got in on the action. After all, you can never be too young to appreciate art, right? 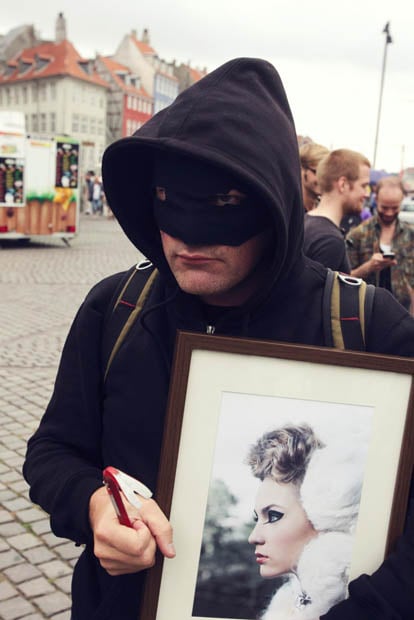 You can find more photos shot during the event in this Facebook album. Here’s a short video by cinematographer Anders Lönnfeldt that shows the thievery going down:

Pretty soon, the email responses began rolling in from satisfied thieves who are now enjoying the fruits of their crime. Here’s a sampling:

You can find the entire collection of robber responses so far in this Facebook album.

The concept of “free photographs” has been popping up quite a lot as of late. However, most of the ones we’ve seen in the past have involved leaving photos out in random public areas for passers-by to take, rather than holding a live photo exhibition to give them away.

P.S. Imagine what this concept would be like if it were a world-famous photographer giving away free prints. We’re guessing it’d look something like this.