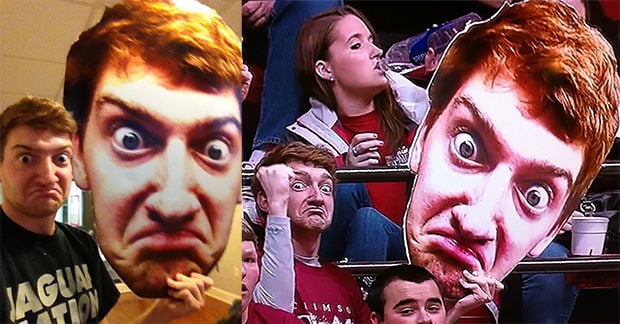 An Alabama basketball fan named Jack Blankenship has been attracting quite a bit of media attention for his creative method of distracting opposing players when they shoot free throws: Blankenship printed out a giant photograph of himself making a strange face and waves it around while making the same face. His antics quickly caught the attention of sports writers, television cameras, and the Internet — one screen grab from a recent game has been viewed over half a million times already online.

If there are any legitimate (and awesome) reasons for printing out a gigantic photo of your own face, this has to be one of them.

(via ESPN via The Birmingham News via Coudal)