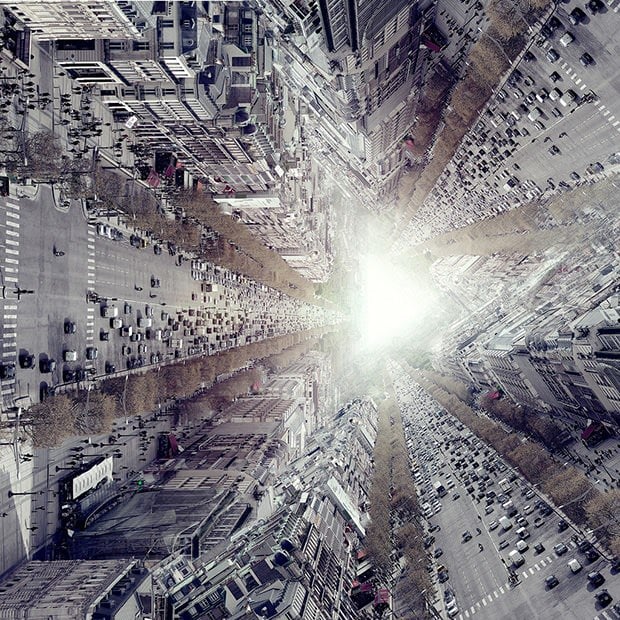 A ‘vortograph’ is a photo taken using a triangular arrangement of three mirrors. The process was invented back in 1917 by an American photographer named Alvin Langdon Coburn. Photographer Simon Gardiner decided to try his hand at vortography, and created this beautiful Inception-esque photograph of the Champs-Élysées in Paris [using Photoshop].

From the sky down (via Colossal)

Update: As was pointed out by keen eyed PP readers, Gardiner actually relied on Photoshop for the effect seen in this example. We’ve updated the post to reflect this fact.

Image credit: Photograph by Simon Gardiner and used with permission