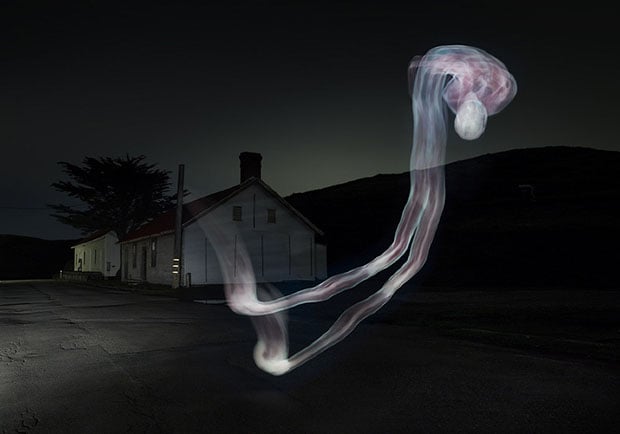 These ghostly figures you see in these photographs weren’t Photoshopped in, but are purely done through light painting. If you remember the creative 3D light painting technique using an iPad that we shared a while back, Croix Gagnon and Frank Schott took it a step further and put a slightly morbid twist on it. For their project “12:31“, they “painted” using a laptop and an animation showing cross-sections of a human body! 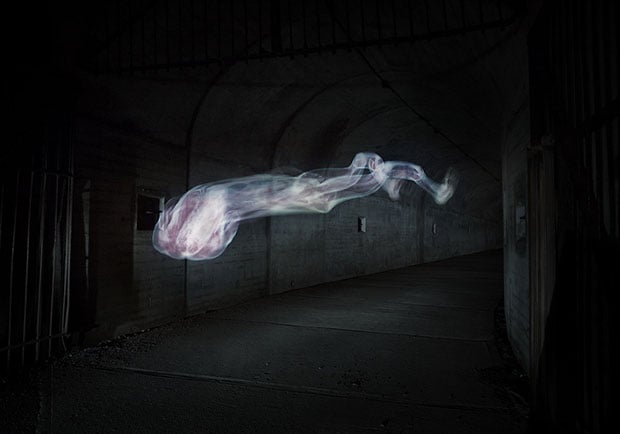 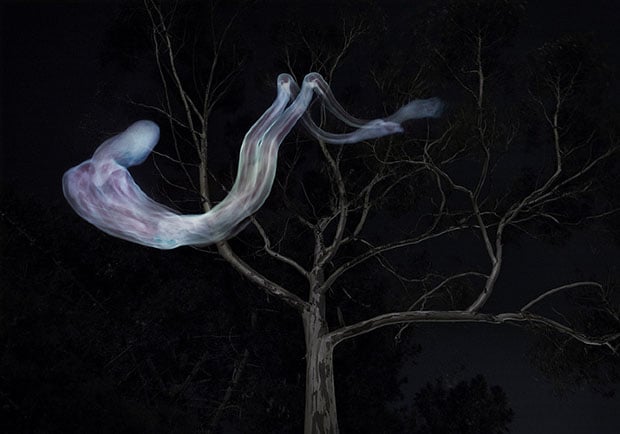 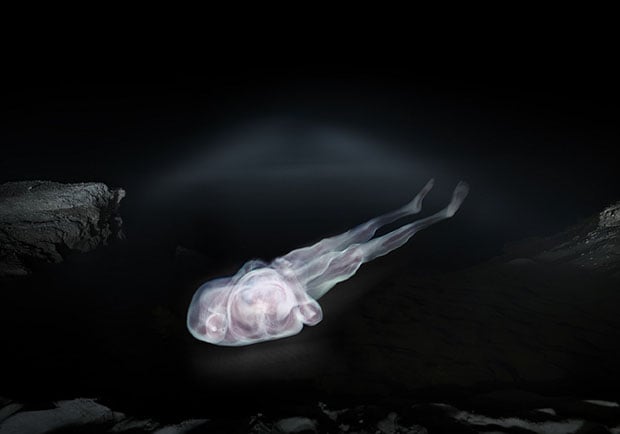 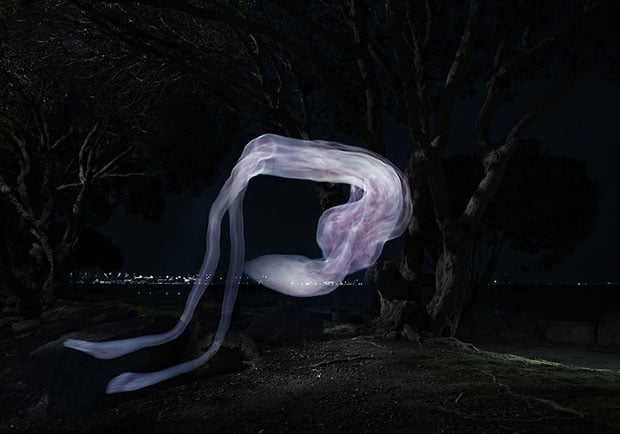 Here’s how the photographs were created:

[The animation used] represents the entire data set (1,871 slices) of the male cadaver from the Visible Human Project. The animation was played fullscreen on a computer, which was moved around by an assistant while being photographed in a dark environment. The resulting images are long-exposure “light paintings” of the entire cadaver. Variations in the movement of the computer during each exposure created differences in the shape of the body throughout the series. [#]

This is the actual animation used for the light painting (you can full screen it and do you own photos with it):

If you could freeze the scene in the middle of one of their exposures, this is what it might look like:

What are people going to think of next for computer-aided light painting?