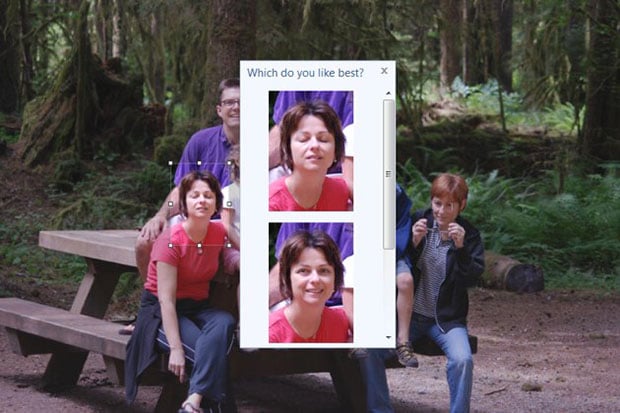 Microsoft is adding a boatload of new features to its Windows Live Essentials suite of free applications (for Windows users), and one of the features to appear in Windows Live Photo Gallery caught our eye. It’s called Photo Fuse, and what it does is take a number of similar photographs and allow you to choose the best parts of each one to include in the final photo.

For example, if you take a number of group shots, you can combine only the faces that are smiling and not blinking. What’s more, the resulting photograph is quite seamless, and reminds us of the Content Aware Fill feature of Photoshop CS5.

TechCrunch editor Michael Arrington had a chance to sit down with Brian Hall (GM at Microsoft), and recorded the following demonstration of the technology:

Keep your eyes peeled — the new features won’t be appearing in the suite for another few weeks. Now if only Microsoft would include a Content Aware Fill-type feature as well…